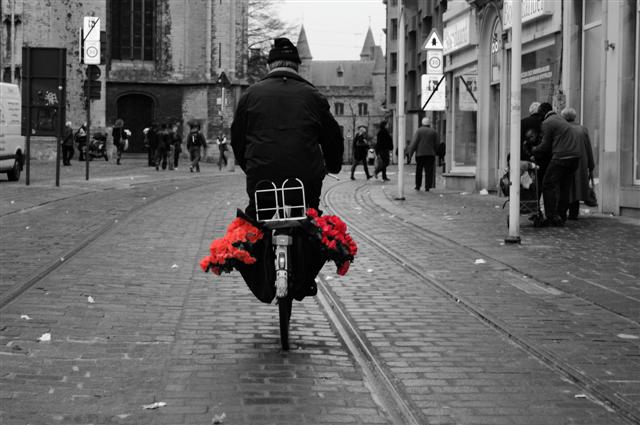 The Association of Flemish Azalea Growers and the Flemish government are proud to report that, following a four-year procedure, Ghent azalea has finally been recognised as a Protected Geographical Designation. It is the first floriculture product to receive this label within the EU.

Importance of the recognition

The Association of Flemish Azalea Growers, together with the Flemish government, worked tirelessly at the European Commission to obtain recognition of the quality of the azaleas. To be able to sell a plant as a Gentse azalea, both the plant and the grower must satisfy a series of strict quality criteria.

Not all the azaleas are produced in Flanders can therefore be sold as Ghent azaleas.

The European Commission is hereby acknowledging that Flanders is a leading region in the field of floriculture and that our floriculture products satisfy high quality requirements.

The following criteria must be fulfilled to obtain the Gentse azalea PGI label:

The azalea must be grown and forced to flower within the geographical area of East Flanders.

The producer must be registered with and monitored by the FPS Economy.

European recognition offers producers the chance to place their product in the spotlight as a strong brand. After all, recognition gives the name of the Gentse azalea the same protection as a registered trademark. Producers may therefore only use the name if they satisfy all the conditions in the specifications.

For consumers, the European quality label PGI guarantees that they are buying a high-quality product from us.

Obtaining recognition for the Gentse azalea as a Protected Geographical Designation took a great deal of work.

Some important dates in the process:

The procedure which, in any case, lasts at least two years was therefore delayed considerably, partly due to an objection from Germany.

After four years, the European Commission finally took a decision during a vote in the permanent committee of 17th March in which all European member states were represented. With the result we have now!

The European Commission will confirm recognition in the Official Journal of the European Union in the coming months.

How to recognize a real azalea

The azalea in your interior

How to recognize a real azalea

The azalea in your interior